Function and Design of Architecture of Performing Arts Building

Here is a table of types – performing Art types are generally performed on the show building.

Concert Hall is a hall used for classical music concerts such as the Symphony Orchestra or the Philharmonic Orchestra along with a Choir or Pipe Organ. Concert Hall has a capacity of up to 100 performers Stage following musical instruments and Auditorium capacity of about 1500 – 2000 seats.Architectural Concert Hall is generally shaped box (shoebox), Vineyard. Sometimes there is also an oval concert hall. 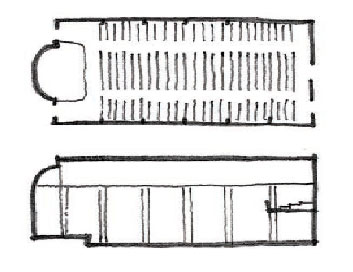 Drama Theater is a room for drama performances from Greece, Middle, Britain, China, America, Dolls, Pantomime, and Multi Media.
The architectural design of Drama Theater Stage is generally box-shaped. While Design Auditorium can:

Entertainment Venue is a multipurpose showhouse for activities such as music shows, stand-up comedy, magic, rhyme reading, and more.From the type of Stage and Auditorium there are many different designs of Entertainment Venue with a capacity ranging from 100 people up to 12000 people.

Dance Theater is a place of dance performances. Dance Theater has a somewhat different design from the other performance building that is position of Stage lower than Auditorium position.

Musical Theater is a special building designed for musical performances with capacity up to 2000 people. Musical Theater usually shows genres of jazz, rock, popular, contemporary, traditional and others. Musical Theater has a variety of designs, but generally shoebox-shaped building. The Stage and Auditorium designs are of various kinds.

As Architects and Investors we can create theater design freely with various functions. Form Stage and Auditorium that can change as needed. One example is the Royal Abert Hall that is used for a variety of performances such as rock music concerts, sports competitions or even circus performances.

For more info on the function and architectural design of the performance building, please fill out the following form or contact us at: 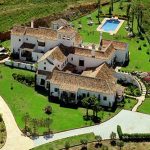