Before the 20th century, most of the architects in the world to design the building to adapt to the climate of the building and that regional bioclimatic architecture. “If you look at old buildings, you see that the ancients very well in adapting to the climate of the environment to gain performance with maximum comfort. But in modern times, most of Architect bit lazy to draft bioclimate and they tend to create a design based on mechanical ventilation HVAC electric lamps and lighting, “said Patrick Leonard, director Paladino, green building consultant based in Seattle, USA.

For centuries, architects around the world have been using different types of bioclimatic architecture, especially in regions such as North Africa, Middle East, Southeast Asia, and Europe. For example, the traditional design of Spanish Hacienda uses thermal wall dense and thick to retain heat or cold so as to regulate the temperature and create a microclimate in the room were stable, said Sam Kimmins, principal adviser aspects of renewable energy for the Forum for the Future, an organization of sustainable development global based in London, England. 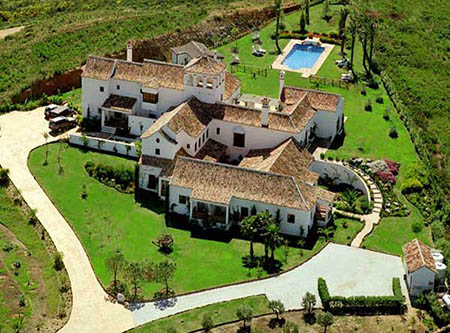 Spanish Hacienda has a “small window to reduce the levels of sunlight or extreme heat and the larger window to the north to absorb light,” he said. Thick-walled structures are known in ancient Greece, Yemen, and several other areas.

Leonard pointed to a high peaked roof and a traditional-style curved in China and Japan. Developed for controlling stormwater and snow. Also, the original architecture Hyderabad, Pakistan, has a structure that is designed to catch the wind and the flow of air ducts for a natural ventilation.

Sod house built by a Scandinavian and Nordic cultures hundreds of years ago. Some of the first bioclimatic structure that integrates vegetation, said Bruce Dvorak, a professor in the Department of Landscape Architecture and Urban Planning at Texas A & M University. “With stone, wood, and other supporting materials, sod house is formed by most of the walls are insulated with the house,” he said. “Live sod was also placed on the roof. Live sod placed on the roofs of buildings shaded during the summer and insulated the house during the winter.”

According to Leonard, with the advent of modern technology in the 20th century, contemporary design tendencies shifted away from being responsive to natural conditions. Instead, it is the emphasis isolating design buildings with nature, rather than to try to work together with the natural conditions. The technological evolution of building modern times acts hinder the building to the ambient climate. “I think the great innovation with the idea to make the building into a habitable by not having to adapt to a climate more open world trade,” he said.

Situation latest technology evolution and deployment of “international style” in architecture has created a building or office tower berbetuk glass that is very popular in European cities. But in some cases, there is a building called “green” built, but have little effect, even no effect at all on environmental sustainability.

One of the latest trends in architecture is to use new technology to improve, strengthen, and measure the performance of traditional bioclimatic techniques. “I think now we are more focused on resource conservation and use what is available locally. So, we had a chance to take the best of both options. In other words, how do we apply new technology to help adapt to the climate.” said Leonard.

One example is the case of biomimicry in Harare, Zimbabwe, where the mid-rise buildings without air conditioning is designed to stay cool with termite-inspired ventilation system. To map the three-dimensional architecture, architects and engineers to apply the knowledge gained about the tunnel and the airways to create a blueprint for building self-regulating for humans.

Other recent cases is building the US Embassy in Monrovia, Liberia, which could be the worst example of neglect climate, but instead the government instead chose to respond to the local climate by modifying the typical prototype building.

“The State Department has a standard embassy design that can be used anywhere in the world. However, if it does not adapt to the climate, you base your design on the Washington, DC, buildings,” said Leonard. “So, it is a very big step in Monrovia to take this standard embassy design and create the appropriate climate and responsive to the location.”

Embassy LEED Gold is located at the site of a hot, humid, and high rainfall that uses waste heat for cooling, rainwater for drinking water, and power generation solar cells are required to increase energy security.

With fairly minimal modifications, you can make a building with a more efficient way, “said Leonard.” In fact, the simple things we found when you protect the hollow wall in Washington and Monrovia. If you use a little insulation in the walls, you’ll get a building that is more efficient to dampen hot temperatures. ”

The Relationship Between the Audio Quality, the Acoustic Quality of Space and the Satisfaction of Enjoying MusicArticles
Function and Design of Architecture of Performing Arts BuildingArticles