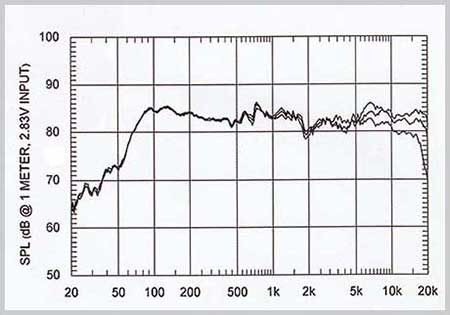 Pay attention to the increase and decrease in response. The graph flow of the sound system response frequency will affect the audio heard by the audience in the hall. However, there are other factors that influence the audio response received, namely the condition of the design of the sound system and the acute hall. That will significantly affect your audio because several factors are related to the size and construction of the building.

So how do we compensate for these factors, the response from the speaker and the effects of the room itself? Equalizing the signal will be part of the answer, but only partially. Let’s get rid of the common myths in the audio world. You cannot do EQ (equalizing) the room. It has been said (with some degree of accuracy) that the only correct way for a bad EQ room is a bulldozer, breaking it down and starting from the beginning.

In analyzing the response of the sound system, there are three factors to consider . The first which is considered natural is the frequency factor. This is what can be measured effectively with a real time analyzer and the measurement results show a spectral sound system response from low frequency to high frequency. This is rather easily balanced by the equalizer and allows the system operator to achieve real reproduction from source originality. The frequency factor is measured by a real time analyzer that shows the audio response, as shown in Figure 1. Sound waves bounce off walls and ceilings, up to measurement points that are very close to the time of achievement towards the original signal.

The next factor is final reflection (commonly called echo ), repetition or delay of sound at the end of the surface which is located some distance away. This will also lean towards a response measurement.

Then, the third factor is reverberation – what is certain to be the result will be large or very reflective. Reverberation is a further propagation or lower level reflection over time as a sound wave that bounces back and forth from one surface to another until the energy disappears completely. It is often termed RT60 (60dB reduction), which is a measurement of the response measured in seconds.

The normal RT60 is considered conducive and good for musical performance and sound clarity in under two seconds. Whereas, very short RT60 – for example under one second – is considered a ‘dead’ room and that will reduce the activity normally found in rooms with good acoustics.

Then, why our acoustic hall is not yet good enough? Determination of construction must have been taken before the room or hall was built. The proportion of work space opposes that. The length of the room is twice the width (ratio 2: 1). The 4: 2: 1 ratio is made almost by echoing the perfect room. All walls are constructed from a gypsum board, such as to a thin ceiling that sticks to the bottom of the carpet on the floor.

Sitting in a certain position will provide a completely different listening experience. That is because we are in phase with different frequencies and in different locations with sound reflections according to its propagation.

This article is translated from AVL Asia Worship magazine and written by Gordon Moore.