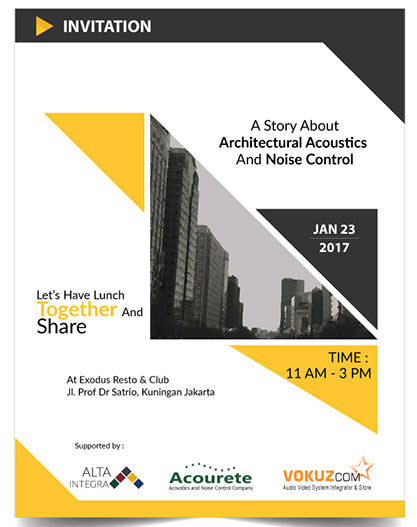 Present to speak for this event is the principal of ALTA Integra, Mr. Herwin Gunawan who graduated Master of Engineering Physics, Institut Teknologi Bandung, Indonesia. He is also a member of the global architectural and acoustic organizations such as the Acoustic Society of America (ASA), U.S. Green Building Council (USGBC), Audio Engineering Society (AES), Custom Electronic Design Installation Association (CEDIA).

This event discuss about architectural acoustic and noise control, such as problems that often occur and how to deal with them.

The event was opened by enjoying a meal served by the Exodus Resto & Club, followed by a brief presentation session about architectural acoustic & noise control by Mr. Herwin Gunawan. And then wrapped up by a question and answer session and a brief discussion about the problems being faced by the attendees.

The event went well, the architects and consultants were very enthusiastic from the beginning until the end of the event. They hope that on another occasion such an event will be held again.

These are photos from the Gathering Event for Consultants and Architects by ALTA Integra. 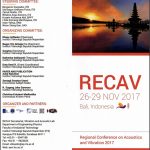