Inside a building, we may hear many kinds of sound, including noise. Not only pleasant sounds, such as birds chirping, that we encounter, but also some disturbing sounds, such as traffic, footsteps, human conversation, and loud music from another room.

All these sounds enter the room from many different sources. For example, the conversation we hear may come from the adjacent room. If the room where we are at has a window facing the street, we may be 99% sure that the traffic noise comes from there. Also, the footsteps you hear can be from the upstairs. We can hear all these sounds because there are mediums that transmit the sound waves.

Most common problems that we met when dealing with building acoustics is that the designer or the contractor didn’t apply the correct noise mitigation strategy. It cost money, time, and much more importantly, reputation, for the owners.

In order to control all types of noise effectively, we must understand (1) what excites the sound and (2) how it is transmitted.

Structure-borne noise can results from (1) an impact on a solid surface or (2) a low-frequency sound vibrating a solid surface. In buildings, this generated sound or noise–either from the first or the second methods–will travel from the solid surface, such as a wall, where the sound source takes place. Then, it will radiate through the building structures and finally reach the solid surface of the receiver room.

Example 1: Structure-borne noise caused by an impact on a solid surface

Did you ever feel a vibration when a subway train is passing below you while you are on the ground? The vibration you feel is nothing but noise. This noise is what we describe as structure-borne noise. In this case, the wheel-rail interaction causes a powerful vibration that can oscillate the particles of the structure around it. 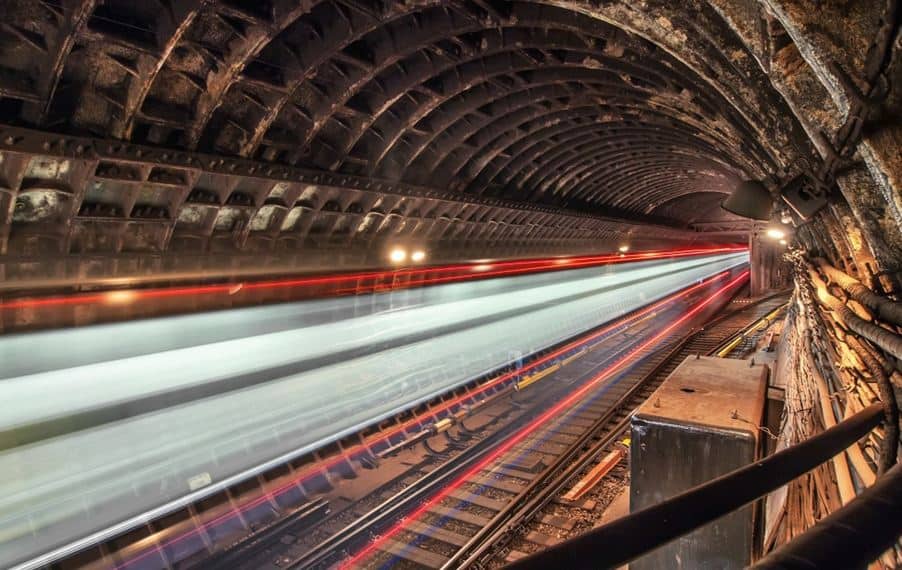 Figure 1 Vibration we feel on the ground when a subway train is passing is an example of structure-borne noise. (Envato, saoirse2010)

You may be confused when we say vibration is noise. No problem. Let’s rewind a bit. Do you still remember the definition of noise in the first lesson? We know that noise is any unwanted sound.

If we go deeper into the meaning of sound itself, there is a surprising concept about that. In physics, sound is actually the mechanical vibration of particles.

Commonly, in our daily life, we define sound like nothing but audible things, such as conversation and guitar music. However, in physics, or specifically acoustics, any mechanical vibration of particles is sound.

Please keep in mind that every author has a different style to define noise and vibration. Thus, we advise you to always look at the definition first to avoid any misunderstanding.

You may have one neighbor that often throws a party in her house every Friday night. The music may not bother you as the wall has attenuated the sound intensity before it reaches your house. However, you may more concern about the vibrating windows and furniture around you than the music you hear. This kind of vibration is an example of structure-borne noise.

Figure 2 Your windows may vibrate when there is low-frequency music nearby. (Envato, haveseen)

Now, the question is how this seemingly innocent sound can even vibrate your windows. Is there any invisible hand?

When the frequency of a sound matches the natural frequency of an object, such as glass, the object will oscillate stronger compared to any other frequencies.

Subwoofers are loudspeakers that are designed to produce a very low-frequency sound. As some building structures have low natural frequencies, they will vibrate when sound strikes on their surface.

Airborne noise happens when energy causes the air in the surrounding to compress. This compression makes some regions of the air has a higher pressure. It is then followed by rarefaction, where the lower pressure occurs in the other regions. This compression-rarefaction pattern moves away from the energy source at the speed of sound. See the animation in Figure 3 to better your understanding.

In buildings, there are many ways sound can propagate into a room. Noise from the conversation in the other room, for example, may reach your room directly without any obstacle. It happens when you have an opening that connects both rooms, such as an open door, window, or even a small keyhole. However, you may still hear the noise when you already close all the openings. It happens because when the noise hits a solid surface, such as a wall, the airborne noise can vibrate its solid particles. It the sound energy is sufficient enough, it can travel further into your room and finally reach your eardrums.

After you have understood the difference between airborne and structure-borne noise, now you are ready to learn how we can apply the right noise control strategy based on these types of noise in the next lesson.

Alta Integra Wins Design Competition for Mandiri University
Jakarta, Indonesia. Alta Integra Wins Design Competition for Mandiri University.   ASEAN Economic...
Jakarta Air Quality Emergency
According to the World Air Quality Report 2020 by IQAir, public awareness of air quality in Indonesia...
HISTORY AND COMPARISON OF BUILDING ACOUSTIC NOISE RATINGS
Indoor noise ratings have a long history. This evolution began with designing instruments that could...
Pelajaran 4: Struktur Kebisingan & Kebisingan di Udara (201912A)
Pembelajaran 4 Struktur Kebisingan & Kebisingan di Udara Di dalam sebuah gedung, kita mungkin mendengar...
HISTORY AND COMPARISON NOISE RATING IN BUILDING SPACES
Noise ratings in building spaces have a long history. The first step in this evolution was simply to...
Differences Between Appointing a Consultant and Design-Builder From the Beginning of a Project
Suppose you want to start a construction project. In that case, you may choose between appointing a multi-disciplinary...
Upper-room UVGI system for air disinfection during COVID-19 pandemic
COVID-19 & air disinfection Nowadays, we are facing one of the most challenging times in our modern...
Lesson 7: Reverberation and Echo (201912A)
Lesson 7 Reverberation & Echo Did you ever wonder why sound in big halls decays longer than that...
Lesson 6: Behaviors of Sound in Rooms (201912A)
Lesson 6 Behaviors of Sound in Rooms To create high sound quality for music venues or speech listening...
Lesson 5: Noise Control Performance Indices & Ratings (201912A)
Lesson 5 Noise Control Performance Indices & Ratings In building acoustics, there are numerous noise...